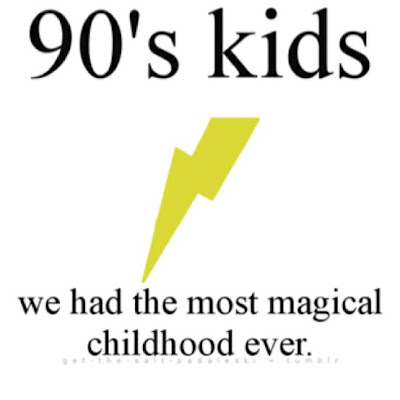 via Pinterest user Katie Murphy
Let me (or this article on growing up in the 90s, which I credit for the inspiration behind this post) explain why… Also, my notes are in italics and brackets, [ ]s).

As a Gen Yer, I’m aware that I was part of the first generation to grow up with the Internet and cell phones [which are themselves two of the top reasons as to why we rock]. But I can’t help to think about all the things that I grew up with that Gen Z (that’s anyone under the age of 18) and future generations won’t know about.

Here’s my somewhat nostalgic list of all the things people who grew up in the ‘90s know how to do that are now obsolete [well, depending on who you ask at least. Also, this list has been shortened a bit from the original].

– How to save a file on a floppy disc    [Is it weird that I miss floppy disks?]
– Dial-Up Internet     [I don’t miss that!]
– How to record something on a VHS tape
– When all you could do on a cellular phone was talk     [AND play that snake game!]
– The point of a pager/beeper
– Walkmans    [AND mix tapes! AND making mix tapes out of songs you were listening to on the radio at the same time! Oh AND Discmans, but that was late 90s, huh?]
– How to get a Furby or Tamagotchi to shut up     [I still have BOTH my Furby and Tamagotchi. They’re soo cute! I haven’t turned them on in years, though…]
– How to write in cursive     [This may not be as obsolete; I personally think writing in cursive is a great asset.]
– How to do the macarena     [I actually know the lyrics better than I know the dance, haha.]
– Just how awesome the original “Double Dare” and “Legends of Hidden Temple” TV shows were (and how awesome ‘90s Nickelodeon [and Discovery Kids!] shows were in general).     [Still iss those shows! 2000s cartoons are so… blah and somewhat ugh!]
– How to entertain yourself without YouTube videos (oh wait, the Internet in general)
– The thrill of using Napster     [Definitely!]
– How to survive high school without Facebook

And there you pretty much have the reasons as to why us 90s kids are AWE-some. Why did YOU like growing up in the 90s? 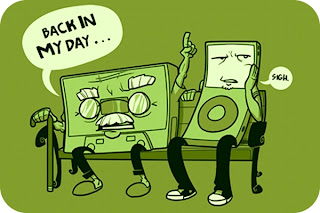