You are here: Home / ENTERTAINMENT / Your Pocket Change Is None of My Business

HOLA again! 1) For my latest, add my RSS feed to your favorite reader! 2) This post may contain affiliate links. 3) Any info you share IS safe with me. XO. 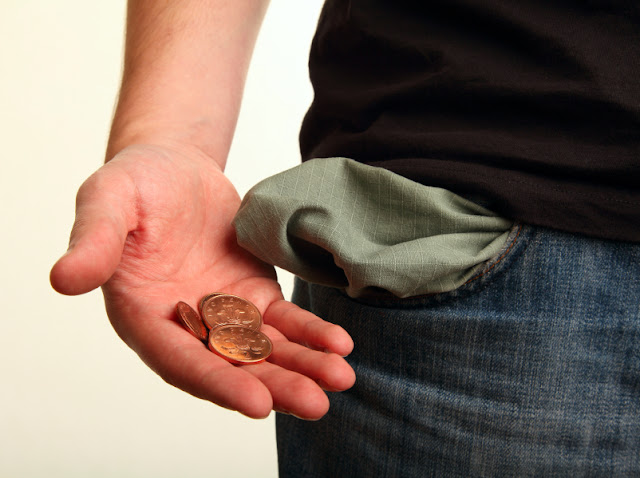 
Whatever your answer may be, newsflash: It’s none of my business; I frankly don’t care. And neither should Rachel Maddow.


Although my family likes to watch mostly CNN and FOX, when I feel like I need to argue with somebody or just learn more about the dark side, I make us tune to none other than MSNBC. I’m telling you there’s nothing better than hearing your opponent’s views to really get your gears turning.


So as I watched Rachel Maddow being her usual “I know it all and Conservatives should just drop off the face of the planet” self, I noticed how during one of her stories she implied that we should all care about how much presidential hopeful Romney makes and how much he spends– specifically, how $2M isn’t really a big deal to him. (And then her “I’m a genius” tone honestly revealed that the last thing we should do is elect someone whose $2M in pocket change distances significantly him from us.)


Now let’s backtrack for a bit… We’re talking about a guy who’s richer than perhaps all of my friends, their families, and their ancestors combined. He’s someone who, along with his family, was able to fairly create a highly successful venture. He’s the kind of man we (or at least I) aspire to be (well, the female non-Mormon version, at least). And you’re telling me that one of the reasons why he’s not worth our time is because he can afford a little more luxuries (perhaps more luxuries than Mrs. Obama) in life? As Amy Poehler and my crush Seth Meyers would ask, “Really?!”


Ohhh wait: He bankrupted XYZ company and did all of these horrible things. Hm OK… You mean he had to make tough decisions because, after all, uncontrollable sh** happens and he needed to overcome it? Yeah that makes him a horrible role model, doesn’t it? I mean what’s worse to have as a president than someone whose family started from nothing and then built their way to financial mega success? (I’d argue an inexperienced community organizer who had dreams of playing house at the White House may be worse but that’s another story.)


Along those lines, yesterday morning I had one of my weekly meeting with my Democrat (yet otherwise perfect) mentor, with whom I’m working to turn my undergraduate Honors thesis into a journal article about Corporate Social Responsibility. We always discuss what to do to take our paper to the next level, and without revealing too much, I’ll just say that our backgrounds (mine in business and hers in the social sciences) play an astonishing part into what we’re doing, since we make sure to address the counter arguments each of us brings up during our discussions.


In any case, we got to talking about the Occupiers (I can see their cause but hate what they do to some of our once beautiful downtown landmarks and for NO reason). One thing led to another and then the following dialogue occurred:

Mentor: [Began talking about how the average CEO earns $9M/yr while the average worker earns just $39K.] Why do those CEOs even need that much money? What do they use it for? What can they do with that much?

Me: [While I didn’t exactly initiate my reply with a “With all due respect” disclaimer, I’m sure my tone nonetheless implied it.] That’s really none of our business. [I even wanted to add: “Who are we to dictate what they can and can’t do with what they earn?]

Now, OK, sure, there are some shady CEOs out there– but they represent only a fraction of all CEOs, so why give the entire pool of CEOs a bad name by alleging that they shouldn’t be making what they earn? Who are we, China? That’s like saying that all Colombians are in the drug or prostitution businesses. Guess what; we’re not. But a few jerks made it their life’s mission to give us that rap.


You’ll never hear me complain about how much X makes or why it’s so unfair that Y makes so much and I still don’t have a job. Never! (I promise.) What X and Y do is their responsibility just as much as what I do is mine. But what I will never understand (and what I instead am open to complaining about) is why those who are wealthy and love to bash wealthy Conservatives even think that’s OK.

Here we are trying to eradicate bullying among children and teens but not even our society’s seemingly mature adults and leaders can overcome it!

Rachel Maddow’s “pocket change” may not be near Romney’s but I bet it’s still much greater than most of ours so WTH is she so critical? In fact, according to several sites (like this one, this one, this one this one, and this one (link doesn’t work anymore)–no, there isn’t an official IMDB-like source for public figures’ incomes…), her yearly income ranges from ~$2M to almost $13M–still MUCH greater than the average worker’s of $39K. Clearly, Ms. Maddow’s pocket change must be many (many, many) times what most others Americans’ are (not to mention her stock portfolio!), so WHY is she all of a sudden playing holier than thou by preaching that Romney’s so distanced from us all because he can afford a lot more than the average American?


Newsflash Ms. Maddow: You can afford so much too! (And you too Mr. Clooney, and Ms. Occupier –ahem Ms. Hathaway–, etc.) Oh wait, maybe you’re jealous because what represents mere pocket change to Romney is actually what you’d make in a few months? Wow, and here I thought you looked so mature and grown-up on TV.


Readers, I’m not telling you who to vote for; I never have and never will. That’s a privilege we have the right to be quiet about. So I’m just asking you, America, to get a grip and to stop being bullies. Don’t bash on someone because they’re wealthier than you–after all, what kind of person does that make you?! A depressed, good-for-nothing low-life who isn’t willing to improve the situation you’re in? Hell, think about how other countries see us already and then add this civil-war-like thing we have going on. Way to make us all seem like losers… :|


Anyways, have a great rest of your unofficial-beginning-of-Summer week!

I AM: A proud wife, mom, and dog mom, a common-sense Millennial, a woodworker, a podcaster, originally from Colombia, trilingual, a Catholic, a Conservative, and much more.

Recently we welcomed our whole world into this wor

A couple weeks ago I shared reactions to the pande

"YouTube Moms" are selfish >> See why on the blog

Many women around the world are exasperated by how

“Role Models” don’t put their kids after the

Here I go over European misconceptions about Ameri